We are proud to be able to say we have many happy clients! Here’s what a few of them have to say about us.

Catto Homecare were a lifesaver for me when my Mum was unwell. Their help and support to us both were invaluable, I don’t know how I would have managed without them. My Mum enjoyed the chats she had with the carer’s, they were always willing to go the extra mile in their care for her. I felt happy in the security and advice they offered me and would recommend them without a doubt. They were always reliable and very trustworthy. Thank you Catto Homecare

Catto Homecare has been a highly professional support for residents in the retirement sector. As former managers of a large retirement estate we dealt with them on an almost daily basis. They were highly responsible and always attended to the sometimes critical needs of residents. They were ready to go the extra mile and nothing was ever too much trouble. They dealt with many emergencies and the whole team is extremely caring and trustworthy. There is no doubt that our residents had the best of care. We would highly recommend them.

Catto homecare has been very reliable and very understanding of our situation. The staff are very well trained and friendly. Wendy is always on hand when needed

As you know I have been so happy with the help from Catto Homecare. All your staff are handpicked and I miss them.

I have known Wendy and Catto Homecare since she started to take on managing the care of my mother D.S. over a 7 year period. Initially, they were involved as my mother was becoming forgetful and had recently had a diagnosis of Dementia. Catto Homecare organised my mother’s medication, shopping and making sure she had eaten; she ensured my mother got to her many activities, believing that maintaining my mother’s independence was paramount. They always contacted me to update me on how my mother was and they took her to the GP and to hospital if needed. We both agreed that with Catto’s help we would try to keep my mother at home and avoid her going into a nursing home. Wendy was able to talk to my mother about her wishes for her terminal care, this reassured my mother that she could die at home and Catto Homecare staff would be there with her. After her fall, her care became more difficult and my mother required a live in carer, something I probably would not have considered without her guidance. Catto Homecare remained caring for my mother, giving her live in carer a break and always supporting me, even attending meetings in hospital. Wendy’s knowledge of Dementia Care is second to none. We were able to work as a team to ensure my mother stayed at home in an environment she knew with familiar faces round her. Wendy was there when mum died at home; she helped the live in carer, spoke to the GP, police and Coroner managing it all, until I could arrive, she then supported me through the first few days. I would recommend Catto Homecare to anyone considering their relative required additional support at home, this care can start as a light touch by getting someone used to having a stranger in their home to a more complex package when needed. Having a consistent trusted person for my mother was fundamental to her excellent care and to ensure my mother’s wish to die at home happened.

Catto Homecare have provided exceptional homecare to a member of our family for three years. They were always punctual, and carried out their duties in an exceptional manner. We have no hesitation in commending their service.

Wendy and her team of carers have provided fantastic care for my Mother for over a year. Everyone who has been involved in caring for my Mum from Catto, has shown her so much care and love. They have always gone the extra mile to ensure that she had the care that they would have given to their own mother’s. My sister and brother and myself have met all the carers and they have almost become our friends. I would recommend Wendy and her team of carers to anyone; you would not need to go elsewhere. Thanks, Wendy, for everything.

Catto Homecare has been providing care on a daily basis for my husband since 2015. We have always found them to be thoroughly reliable, professional and trustworthy. They have seamlessly adapted my husband’s care plan to meet his increasing needs as time has progressed, and all staff are prepared to ‘go the extra mile’ if circumstances dictate. I cannot recommend them more highly.

Catto Homecare has been helpful and supportive in looking after my parents, one who had dementia and one who was elderly. Catto care for their clients as if it were their own relative, going over and above, basic care.  Catto regularly exceeded my expectations and were reliable, keeping me in the loop with the situation on the health and wellbeing of my parents. All staff were friendly and had an excellent rapport with all members of the family.

You can find out more about which cookies we are using or switch them off in settings. 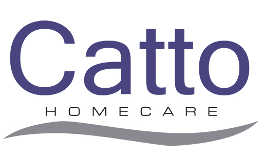 This website uses cookies so that we can provide you with the best user experience possible. Cookie information is stored in your browser and performs functions such as recognising you when you return to our website and helping our team to understand which sections of the website you find most interesting and useful.

If you disable this cookie, we will not be able to save your preferences. This means that every time you visit this website you will need to enable or disable cookies again.

This website uses Google Analytics to collect anonymous information such as the number of visitors to the site, and the most popular pages.

Please enable Strictly Necessary Cookies first so that we can save your preferences!